This post is dedicated to Inge and Bob who taught me about trust. 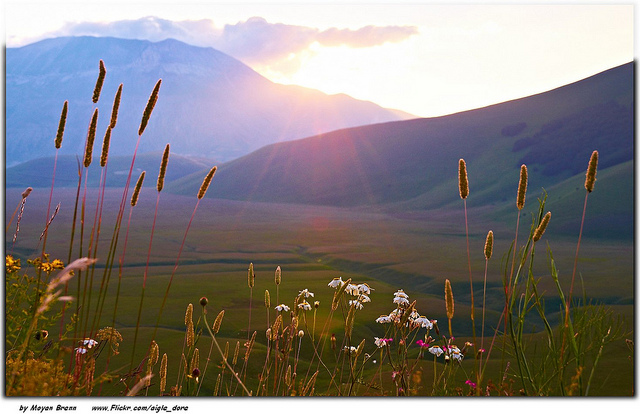 Trust and faith are fundamental in our lives

Trust opens you up and allows you to learn in a moment. Outside your comfort zone.

Faith is a framework of your beliefs, in-flows and out-flows, approaches to learning and making use of your knowledge.

And here comes a story ….

One day I discovered I was pregnant. This was the beginning of a new journey into my second pregnancy. It turned out I was carrying twins. Quite a shock: double trouble and double blessing 🙂

During pregnancy, the ultrasound scan at the 18-20 weeks serves as a tool to evaluate the development of the baby. It is an early diagnostic of some potentially serious health problems. I had one at the 18th week.

A sonographer was pleased with the pictures and gave me happy news – the kids were growing well. Yet, there was a little bit of hesitation in her voice. I ignored it.

I entered the room of the consultant with the ultrasound results. I was expecting the confirmation of the good news. There was, however, a big surprise waiting for me.  After a moment of silence, there was a shot in my heart.

– “Are you going to terminate the pregnancy?”, the consultant asked calmly.

– “There are two strong markers indicating that both your kids may have the Edwards syndrome.”  his voice was emotion-less.  “Moreover, your age makes the picture much worse.” he continued. “The chances are high.”

– “What is it?”, I whispered. (I knew that statistically I was prone to much more genetic disorders of the babies than young mothers.)

– “It is a serious genetic disorder of the 18th chromosome. It makes it impossible to support life. There are usually stillbirths. When born, majority of babies die in the first week.  Nearly nobody makes till 1st birthday. There are a few exceptions above one year old, but overall, there is no hope”, he explained calmly.

I suddenly knew it all. My friend’s baby died a few days after birth because of this disorder. And the next two babies died in the womb. Since I helped him to overcome the dark hours, I knew how devastating this experience was for him and his family.

I was petrified. The darkness was sudden and overwhelming. I could hardly breathe. The monsters were running wild.

– “We can perform amniocentesis from both amniotic sacs, but there is the risk of miscarriage for any of the twins. About 3%. “, he continued. “The risk is much higher with twins than with a single baby.”

– “You will know 100% whether the babies suffer from this disorder or not. “

I had no idea what to say, yet I felt I had to say something.

– “What would you do in my situation?” I asked.

There was a pause.

I left the clinic with a leaflet on the Edwards syndrome in my hand. Little information really.

I returned home and spent hours on the web to educate myself on this genetic disorder, markers, amniocentesis and so on. I learned what was to learn there.

I felt angry, scared and abandoned. I felt as if I was the only person in the whole world. Deeply lonely.

The darkness was slowly competing with the Light for space both in my head and in my heart.

I studied the information. With detail.
There was intent. There was conscientiousness. There was devotion.

I listened to my feelings.

I had done it all until I felt I became empty.
There was no more blame. No more guilt. No more emotion.

There was just silence and calmness. In the emptiness, a healing space was being created.

I was there, present, in the moment.

I had collected all necessary knowledge.
I returned to my center.

In the center I was able to create trust.  I recognized I was in God and God was in me.

I looked again at the data.

“Why would I choose a real risk of miscarriage of the twins for the hypothetical risk of their death resulting from the chromosome disorder?”

In that moment I decided against amniocentesis (as the termination was out of question, anyway). The consultant was surprised.

The choice to trust

This was only the beginning. The pregnancy challenged me on all levels: as a human, wife, mother, scientist, and coach.

I chose to trust and have faith in great uncertainty. As never before in my life.

During pregnancy the lives of the twins have been threatened multiple times based on various grounds: lack of development, inappropriate support of my body, internal and external conditions. The twin-to-twin transfusion syndrome was at the background. At the 28th week I was pushed to be delivered because one of the babies stopped growing. In my opinion, the decision was based on insufficient data and the worst-case scenario approach.

I again studied the all the data diligently and read as much as I could to learn about the subject. I connected to my inner knowing. I decided to continue the pregnancy on my own request and risk.

In all these weeks, I was always in touch with the babies. I talked to them in my consciousness in order to send them love and respect, support them and respond to their needs in a moment. It was a remarkable experience.

I created a beautiful tunic of trust from various fabrics of knowledge, beliefs, experiences and understanding. By wearing it daily, I have kept faith.

What is the moral of the story?

Trust is not given, neither earned. It is not a data collection of gives-and-takes, scores of kindness, neither a one time learned approach.

Trust is being created in a moment and supported by an inner process.

Trust relies on the past experiences, but only relevant ones. It is created in a moment, in response to the needs. (For the advanced ones in pattern recognition: it resembles transductive learning).

It comes naturally when you are at the center.

To arrive at the center, you simply allow it. You remove resistance and let emotions flow. Freely.

Whatever comes, you let it pass through you in a safe way – without any harm to others.

In the moment you are empty, you can plant a seed of trust. It is a decision.

You simply say “I trust”. And you follow with your intention.

You keep your garden of thoughts clean and watered.

Your seed of trust will grow into a bush of roses.