Speed matters or the matter of speed 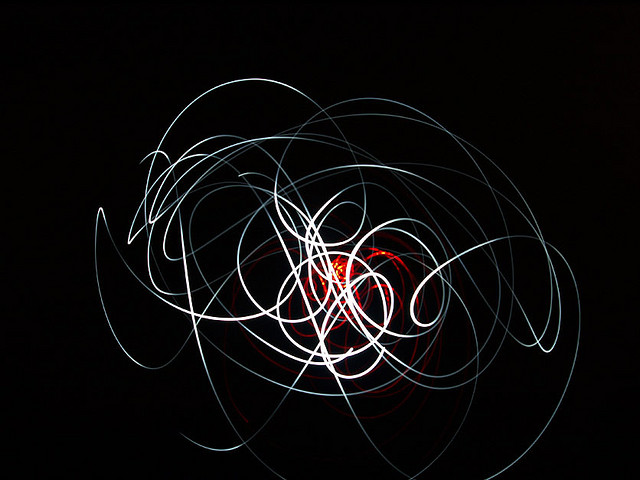 In the last few weeks my son was learning to ride a bike. Although he previously refused to use a balance bike, he suddenly got super interested in riding a chunky and heavy bike. He made a fast progress with stabilizers as he was willing to practice no matter the weather.

First, the stabilizers were perfectly aligned on both sides. After two days, they were moved upwards. As a result, riding became a wobbly experience for him, nevertheless enjoyable. I could see it from the happy face of my son. The support given by the stabilizers was pretty weak.

After a couple of days my son insisted to take the stabilizers off. I still made him practise a few more days and I saw that he was ready.

The day came when the stabilizers were removed.  My son sat on the saddle with a huge confidence. Totally, convinced that riding was going to be a smooth experience.

He got perplexed. He was crying in desperation. Nothing worked.

I decided to give him support. In the initial stage, I hold  the bike at the back in a balanced position. Then I run with him riding, while balancing the bike. He was OK, when I was behind him. Yet, the moment I left him on his own, he was again back on the pavement. Falling over and over again.

I gave him lots of encouragement. No matter my praise, however, he was falling.

I kept applauding his attempts. All in vain.

At the end, he stopped, totally devastated. Frustrated, angry and defeated. He decided to ride his scooter instead.

The following few days brought nothing new. He had refused to ride a bike for a couple of days. Then he asked for his stabilizers back.

Stabilizers brought his comfort again. He felt at home again and easy at riding. This time however, his experience was richer. He knew how it was to ride with and without stabilizers.

While practicing with stabilizers,  I explained to my son that in order to succeed he had to ride fast. The bike was heavy for his age and when a certain speed was gained, balancing become easier. Otherwise, slow riding, made it nearly impossible.

In addition, to help with the initial momentum, we practiced fast rides on a small downhill road. Then, I removed the stabilizers. Now, he knew he had to ride fast. He had the experience and understanding.

We started from a downhill, and … voila… he was riding a bike. Not ideally, at first, but without falling. Two more attempts, and he was perfectly fine.

What is the moral of the story?

The story is a good metaphor for all the situations when we want to induce a change. Be it to introduce a new habit, move a house, re-formulate a company strategy, learn a skill, or change a carrier.

The moment in which we want to start a transformation, the speed of implementation really matters. This speed, in analogy to bike riding, is important to gain the momentum. It is important to overcome the initial inertia and get things going. The speed of implementation is meant to push things forward. There is no time to dwell in fears or insecurities.

The speed forces you to stay focused. And the focus and dedication will help you to find the right way, the middle way, while balancing the in-s and out’s of the situation.

In order to do that, your initial preparations and strategy are essential, similarly as practicing with my son was. Deciding what you want and knowing what needs to be done to achieve that is the preparation. Then you just dive in and implement it as fast as you can.

Next time, when you are about to make a change in your life, choose to implement your strategy fast. No procrastination. Take one step after another. Until you reach your destination.

Speed of implementation matters, indeed, if you want to succeed.