Be more with less 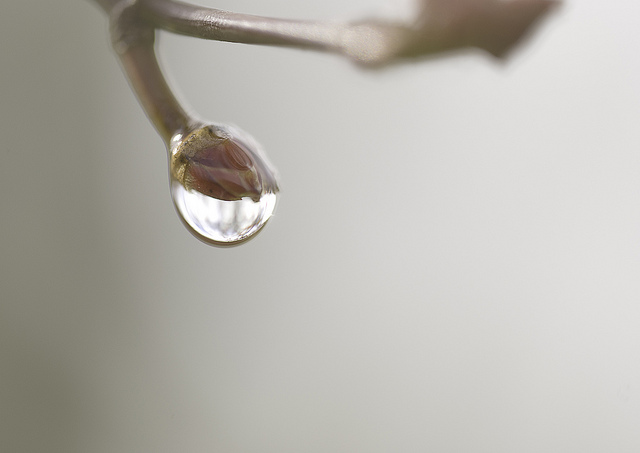 The mantra “be more with less” or “less is more” resonates perfectly with the idea of conscious living.

Not surprisingly, it has become one of the two challenges I work on this year. It is a huge challenge for me as my natural inclination is to elaborate, which usually mean to do more than less.

Over the years it has become clear to me that practising “less”: owning less, doing less and becoming less, is a necessary pursuit on the path of personal growth. “Less” coincides with the ability to choose. Consciously.

In this post I present three cases where less is more important than more.

I grew up with the idea that “more is better”. I used to imagine how easy was the life of rich people, who were living happily with the abundance of goods. Yet, I knew that there was a limit to such happiness. As a child I was touched by a Greek myth about the king Midas. He was supposed to be a happy man – able to turn everything into gold just by touching. It seemed perfect in a while until his beloved one turned into a gold statue as well. Clearly, it was too much.

Even with this story in my mind, I still imagined the life was easy for wealthy people. Many years forward and I now understand how (too much) goods and stuff become limitation instead of liberation. The overwhelming stuff stops being enjoyable. Moreover, it becomes a hindrance for development.

A huge house surrounded by a large garden and a few cars may sound great but there is a hidden price to it. You need to take care of your large possessions. If you don’t do the daily/weekly/monthly maintenance, cleaning and repairs yourself, somebody else has to do it. And such services need to be supervised as well.

As a stuff collector, you need both space and place for your valuable clothes, shoes, toys, books, computers. technological gadgets, videos and other things. Stuff multiplies fast and needs extra maintenance.

Basically, more stuff means less of your precious time. This is the time you could spend in nature, relaxing, exercising, reading, learning or enjoying activities with your family or friends. Or whatever else you would choose.

I am not a minimalist and I don’t aspire to be one. But the overwhelming stuff makes me learn to say “no” before the new stuff arrives. Learn it too.

A good challenge is to get rid of 20% of your stuff: clothes, shoes, books, old gadgets and equipment, furniture and so on. You can denote these to a charity, sell on Ebay, give away or recycle. Possibilities are plenty.

An even greater challenge is to get rid of 50% of your stuff. You can perfectly live on less.

If you are nostalgic about your stuff because it holds precious memories, I have a great solution. Photograph your stuff, one by one and store the photos on a hard disc. Hold a picture of every thing in your mind, thank for the precious memories and set them free. Let the stuff start a new cycle of life.

One of the breakthrough in my life concerned ideas. I used to think that great ideas were special and belonged to a few chosen ones. With time and experience I’ve understood it was not true.

Generating ideas is relatively easy. You can observe it in any brainstorming session. Ideas are simply shared and belong to the Common Space. We may paraphrase Plato to say that the ideas live in the Cave of Shadows and we simply discover them. Alternatively, we may say that ideas are inspired from God so they come from a single Source.

Yet, we often think that a particular idea is ours. It is both true and false. The idea is ours in the sense that it is proposed through us, but it is also not ours because it is not totally exclusive to us. Oftentimes the same or very similar idea it being proposed, discussed or executed by other individuals at the same time. This is particularly noticeable in science, but I’m sure that you can recognise this phenomenon in your daily life as well.

The consequence is this observation is far fetching. We merely discover ideas (and perhaps share them with others) but we don’t own them.

Such a concept is is a hard pill to swallow for some. They will guard their best ideas, tricks and practices with life. They want to keep the ideas confidential, hidden or patented as it is a common practice of some companies or corporations.

The point is this. There is abundance of ideas, thoughts, concepts and books, easily available. Just look over the internet and you will find a plethora of ideas. Free. How many of them have you executed?

The simplest ideas are often neglected or discarded, because they are either old or known. Nothing exciting in them. Alternatively, ideas are neglected because they require focus and discipline.

Isn’t  that interesting that the most successful brands describe narrow niches (=ideas)? Think Coke, Sunwarrior, BlendTec, Lexus, and so on.

Isn’t that interesting that successful companies offer either a limited choice of products or a limited and specific service? Think Apple, Evernote, 37signals or FedEx.

Guard yourself from the flood of ideas. The more ideas around, the bigger the overwhelm and the harder the decision which one to execute. You may easily spend ages trying to find the best idea.

The truth is this: the best idea is the one which is implemented.Why? Because a direct experience will teach you much more than any thinking or reading.

Take the challenge. Limit the number of ideas to consider for any decision taking. Choose the most appealing one and execute it with devotion.

We often think of time as if it was our resource. Yet, we can neither buy time nor generate it on request. Time is limited, yet we often live in an illusion that we have still plenty of time to do many things. This makes us careless with respect to how we trade our time (and effort) for money (call it job or business), or how we let the time pass.

When we look at people who suddenly discover that they may live one more year at most because of a terminal illness, we will often observe the following. After the initial shock, disagreement and rebellion, there comes a moment in which the person accepts his/her fate. There is nothing more to loose but everything to gain.

The time limitation sets the person free. He/she can now take actions and decisions which were perhaps postponed until some day in the future. Such people often spend their last months of life in the most active ways, renewing relations, repairing mistakes and following passion. Some become healed and continue such a practice for years.

Time is limited. If you knew you would die in a year, how would such a perspective have changed your life? Which decisions would you take today? Which job would you commit to? Which experiences would you choose? Which discoveries would you make?

While such a perspective may seem as too far fetched for some, think about time in a different way.

Your time is precious. There is no other today as this day. When this day is gone it will never return again. The challenge is to be the one you want to be and to do the important things.

When you give yourself less time for specific tasks and challenges, you will force yourself to become more creative in order to meet the time constraints. It may not work perfectly the first time, but you will become more resourceful when you use this strategy on daily basis.

How can you become more with less? It is only through a conscious choice and dedication.
***
Photo courtesy Fe Langdon, available under the Creative Commons license on Flickr.
***