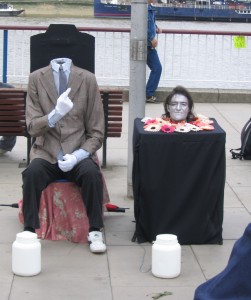 In our world for a thing that exists, also its opposite exists. This holds for qualities, concepts and physical things.

So we have, Day and Night, Black and White, Inflow and Outflow, High-tide and Low-tide, Rise and Fall, Up and Down, Inside and Outside, Spiritual and Material, Tall and Short, Dumb and Smart or Dirty and Clean. And we have all the degrees of variety between the opposites.

This sounds obvious you may say. Nothing new here.

And it is up to us to learn from multiple views and incorporate partial knowledge into a whole.

The principle of polarity is basic in our lives.

We live between polarities. We live between Morning and Evening, Summer and Winter, Love and Hatred, Passion and Indifference, Giving and Receiving, Joyful and Sad, Simple and Complex, Cold and Hot, Inbreath and Outbreath and so on. In all walks of life we define ourselves somewhere between the opposites.

The key understanding is that the opposites are merely the same concept but vary (perhaps even hugely) in degree.

Even more, opposites are identical in nature but vary in degree.

As a result, the opposites and everything in between are expressions originating from the same nature or the same concept.

Abusing somewhat the formalism of set theory, we will assign the expressions of the same nature (as defined by the two opposites) to a single equivalence class.  Given a set of elements (say concepts, notions and physical things) an equivalence relation is a binary relation (i.e. between two elements) that partitions the set into cells such that every element of the set belongs to only one cell and each two cells are disjoint. The cells are called equivalence classes.

As an another example let us consider a set of tables. We can define an equivalence relation E on this set as ‘is of a given color’. Then all tables can be partitioned into equivalence classes such as [green-tables], [yellow-tables], etc. You get the point.

We use equivalence classes in daily life. Even if you are visiting a tribe whose language is alien to you, you can make yourself understood. In order to communicate, say 2, you can show your two fingers, or present two sticks, two bars or two bears. It doesn’t matter what you choose to refer to as long as you keep pointing to two elements. It works because we all have learnt the concept of 2, that is, its equivalence class.

The consequence of the above is paramount. We can transform one polarity into another by raising / lowering consciousness or changing the degree of involvement appropriately.

It means that you can transform one thing into another as long as you stay within the same equivalence class. That is, Fear can be transformed into Courage, Hot into Cold, and Darkness into Light. But Love cannot become Tall, Blue or East simply because Love and the other qualities belong to different classes. Love, however, can become Like, Dislike or Hatred, instead.

Knowing that the opposites are two extreme expressions of the same nature and by understanding and embracing one opposite, you will learn how to master the other one.

You become Courageous by embracing Fear. You start to shine Light if you tame Darkness inside yourself. You begin to Rise if you have learned from a Fall. You gain Peace of mind by transforming your Anger. You become Holy by consciously recognizing your Sin.

In all this, the essence lies in becoming conscious about your own power to transform or transmute one polarity into another.

What is the consequence of all this?

If you struggle with a quality that you are unhappy with or which is holding you back, you need to first understand the nature (i.e. equivalence class) beneath this aspect.

Let’s say you are fearful to make a change. Since you know what fear is, your task now is to move to the other spectrum by changing the degree of your ability to face unknown.

It starts by accepting your fear and learning from it. By learning how fear serves you, you will learn about courage. Then you follow your conscious thoughts and feelings and keep taking conscious action. By doing so, fear is shown in different aspects. And by such new exposures, a part of fear is willing to explore the other side.

A transformation follows in the same way as you would approach muscle training. You start easy and you keep growing by handling progressive difficulties. In all this you know that courage is there for you. It is not an absence of fear but fear transmuted consciously towards the other polarity so that action is possible.

Fight not, transmute instead

We often choose to fight a problem, or reject what we are unhappy with. Such strategies are hardly effective and usually bring nothing more than tons of frustration. If you choose to fight a quality or aspect of yourself, let it be your disorganization, your shyness, your lying, your fear of moving forward or your anger, you will be fighting a part of yourself. This very act will make you sabotage a profound change to happen. You cannot fight yourself, reject yourself or hate yourself and still make a significant progress in your life. So you will end up running in circles or being stuck.

Transmutation is the key.

It is a process that starts with acceptance, followed by conscious thoughts and actions towards an inner transformation. Keep it this way. It is simple.

Coming back to the original question.

In a sense they do, as they tightly define the two extreme borders of the same thing. We perceive the attraction merely as the recognition of the direction in which we feel pulled to develop.

If your attraction is present, it is a sign of your consciousness being ready. It’s a high time to trasmute your qualities into the ones you wish to have.