Accurate concept learning as a practice to increase intelligence 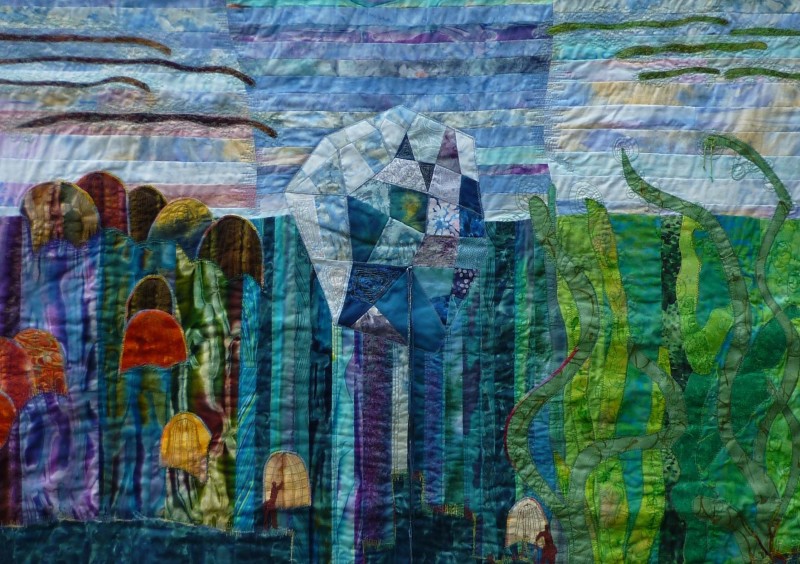 Let’s  look at some basic questions, which are nevertheless insightful:

Whatever your answers to the questions above I hope you recognize the importance of intelligence. It helps you to tackle problems more effectively. It facilities a life of growth. It makes difficult choices easier.

I bet your answer is “yes”.

There is a simple practice you can install in your mind: creating accurate and up-to-date concepts about the surrounding world. By concepts we understand mental representations of an object, idea, activity, living creature or phenomenon. Whatever we see, hear, feel or encounter in our lives, goes through mental processes of our brains.

For instance, when we learn what an apple is, we learn a concept of a class of apples in the from of a mental representation of the encountered apples  or an abstract idea of an apple.

We are people of the patterns

We are people of the patterns. We create patterns in our lives, art, work and products. Whatever we do it bears the very characteristic of our whole being. It’s hardly possible, even if at all, for you to create something that is completely not like you. Try it. And report to me if you are successful, because I will find it extremely interesting ;).

I challenge you to write a genuine piece of text that is perceived not like yours. Try to cook a meal which is not like yours. Try to make a design that is completely dissimilar with your previous designs. Try to continuously speak or walk in ways that are 100% alien to you. Try to make something creative that is completely different from who you are. Even attempting this feels weird.

The reason is that at any moment we are attracted to specific ideas or concepts that we live by. These are specific patterns. They permeate our whole being including consciousness, feelings and thoughts.

These drive our actions. When we act, take decisions, make judgements or create something, we derive them from our internal resources. Whatever the output, it is going to bear the watermark patterns of who we are.

Because patterns are so prevalent in our lives, we are very efficient at finding patterns and recognizing traits. Finding patterns relies on noticing the differences and perceiving similarities. We learn concepts, classes or categories after having observed the patterns.

A class or category is a group or collection of objects, things, events or experiences that have something in common; there is an underlying similarity.

Without classes or categories, every object and every experience would be novel, interesting and puzzling. No doubt, this would lead you to a thrilling life of ever fresh experiences, yet without understanding and learning. You would not be able to organize your experiences into meaningful ways.

Have you ever observed how a small child learns to recognize an object?

An example is a child experiencing an enormous joy in a repetition of a certain play; I bet you’ve seen these situations many times. A child may be laughing when you play with him his version of hide and seek (covering his face with a cloth and asking “Where is  Joe?” and then uncovering and saying with surprise “Oh, there he is!”), over and over again. Even after 20 times the child may still be in the same hilarious laugh as after the 1st time. He recognizes from the first movement what it is going to happen and anticipation makes it great.

In the conscious forming of classes, language plays a role, or more specifically, naming. The whole process begins with a child being interested in the chosen object. He finds this object appealing to his senses, so he interacts with it. And he usually plays with the object in all possible ways. He asks for its name. Naming is essential for learning a concept, because a name labels the class, hence it is identified with the class.

Without the name we miss our reference. The name serves therefore as a handle of a bag. It points to or indicates a group of objects or experiences which are in the bag. At the same time, naming assigns an object or experience to a given class.

The child usually collects sensory experiences and explores the object by touch, taste, sound and smell. He interacts with it in multiple ways. It allows him to create an idea of the object, before a concept is learnt. Later he sees another object of the same kind and explores it even more. Then the next example comes. And some more.

What is interesting is that a few examples are often sufficient for a child to build a good-enough, or sometimes even detailed, concept of the object. If a child is really attracted to this object, he begins to recognize objects from the same category. He is actively noticing them in the world around and happily pointing to them at any occasion. For instance, given a few examples of (playing) balls, a child is able to recognize a previously unseen ball. And you know that it is possible even if the features of a ball such as a size, color or material are totally new.

In the days or weeks to come, a child will further refine the concept of a ball. This is the time he will study (i.e. explore) more examples of balls. Hopefully, such a set includes less typical balls as well. These are important for inspecting the boundary cases. What is even more important are the negative examples, i.e. examples which do not belong to the class. Again, a special focus is put on these negative examples which resemble the object of interest in some way, but are not the object.

For instance, a child may see an orange and recognize it as a ball. If you reply that the object is not a ball but an orange (a different name, hence a different class), a child will be prompted to reformulate his concept of a ball, respectively. When he is pointed out to differences, he will learn the essential discrimination about ball-like objects which are not balls.

The effective concept learning takes place in the presence of both uncommon and negative examples. Borderline cases from both sides of the class are crucial for a good formulation of the concept.

Although the example of a ball sounds simple, the same steps take place for learning the concepts behind more complicated things such as dogs, cars, flowers, airplanes, or particular meals, as well as activities such as cooking, running or playing. What is remarkable, is the step in which a child takes the concept to an abstract level by becoming to know what is the essence of the object or concept. I believe such an abstraction is the basis for our fast intelligent recognition skill that we so much rely on in daily life.

For instance, when my toddler was exploring the world around, attracted to airplanes flying above, he only started to recognize them when he was able to name them. He learned the concept well.

Recently, he has surprised me by the following. In the garden he found two wood planks of different lengths. He put them across, kept them in this alignment in his hand above his head and started to run around the garden. While doing so, he was making humming noises and joyfully shouting that there was an airplane flying.

I understood he made an important step. He was able to bring the understanding of what an airplane was to the next level in which he saw its basic essence. He was able to emphasize a few features essential for an object to be considered as a plane: a particular shape, noise and movement in the air. This is the skill of abstraction applied to in a creative way.

You learn concepts from examples

If you observe others and yourself, and explore of how we learn, you will discover that we learn concepts or classes from examples. Moreover, in an ideal scenario, we actually follow the process described above. And what is more, we are able to learn them from a few examples only, usually three to five. Just ask yourself:

A few examples are often enough. Of course, it does not necessarily mean that you will make no errors when a recognition should occur. There may be difficult borderline cases, changed circumstances, previously unseen mixtures of objects or other situations which may lead us to a wrong assignment. But a few examples are sufficient to get an idea behind the concept. However, you will need many more examples especially near the border cases in order to refine the concept well for arbitrarily difficult examples.

For instance, you may need to hear your friend speaking when he is ill in order to better recognize his voice over the phone in arbitrary circumstances. You may also need many more examples in order to recognize particular sub-cases of the given classes.

Whatever the case, remember to collect a wide spectrum of examples from the class as well as from outside of the class. Otherwise, your concept would either be too narrow or too wide. What you want is a well-formulated, tight (but not too tight) concept, because it will facilitate your learning.

There is no doubt about it. Remember, any concept you hold, whether it is about concrete objects in the world, scientific discoveries, your skill or experiences, it is your building block for the synergistic working of other concepts.  It has a direct influence on the quality (read: happiness, joy, fulfillment) of your life.

For example, the concept you have learned about computers links to your ability of using them effectively or not, or the concept you created about love has a huge impact on the way you create your relationships.

Well-learned concepts and well-learned classes are formulated based on all examples (or experiences) with the emphasis on uncommon situations or outliers.

Take your time to inspect your most important concepts about yourself and life.

How do you practically implement the learning of accurate concepts? It’s simple. I will summarize it below:

The image above shows a quilt by Inge Duin. See www.ingeduin.nl for more details.