Why sitting kills, while moving heals 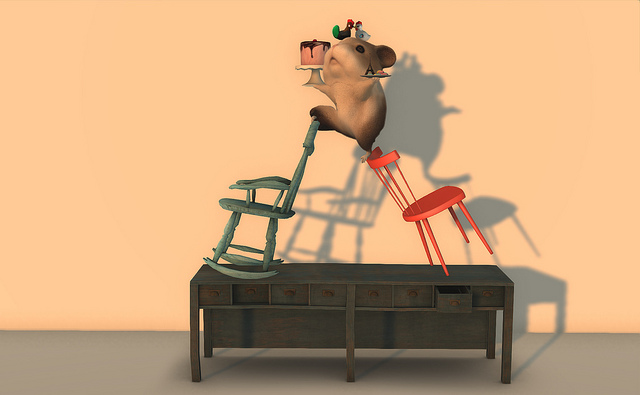 Sitting kills, who would say that?

Sitting Kills, Moving Heals is a title of a book by Joan Vernikos. It grabs my attention. Why? Because it is a light read with an important message.

Joan is an expert in stress and aging, a former director of Life Sciences at NASA. She was responsible for the health and well-being of the astronauts. It is known that astronauts suffer from a fast physical deterioration when in space. Their muscles become weaker and their immune system is compromised among many other symptoms. They basically experience symptoms of an advanced aging. Joan links these side effects to the lack of gravity.

She suggests that the same mechanism relates to the sedentary lifestyle. When we sit, we totally rely on a chair or couch and we find ourselves in a nearly anti-gravity pose. Joan recommends that we use gravity to our advantage by moving our body as often as possible. This doesn’t sound as anything new as we all know that right exercise promotes health.

The key lies in what we understand by the word “moving“.

According to Vernikos exercising a few times a week will not help much if the remaining time is spent predominantly sitting. You will still experience physical deterioration. It is the everyday little movements, often and short, which interrupt sitting (or standing if one stands for long hours) that make the difference and promote health.

She discovers that the very act of standing up from a sitting position is very effective and beneficial for health. Her message is simple:

“Sitting is okay, but it’s uninterrupted sitting that is bad for us.”

“We are not designed to sit continuously. […] It’s not how many hours of sitting that’s bad for you; it’s how often you interrupt that sitting that is good  for you!”

Standing up once per hour is more effective than walking on a treadmill for 15 minutes for cardiovascular and metabolic changes. Sitting down and standing up continuously for 32 minutes does not have the same effect as standing up once, 32 times over the course of a day (the latter is far better).

It’s interesting, isn’t it? To get the benefit, the non-exercise activity has to be spread throughout the day.

This is not a new concept as many bodyworkers will say the same: we are designed to move, not to sit neither stand for long hours.

In other words, health is not a fixed state, it is being achieved while body is moving. Moment by moment.

The movement we are taking about is the non-exercise movement, such as standing up, kneeling, stretching to reach a book on a shelf, vacuum cleaning, sweep brushing, chopping vegs, shredding cabbage, bending to wash a baby etc. These are all types of movements that were daily companions of our grandparents.

They should be ours as well!

The work of Vernikos is not new per se. The importance of movement and gravity dates back to the work of Goldthwait in the beginning of the 20th century (see references below) and later to Ida Rolf. These ideas were however not appreciated, neither incorporated into the medical practice. Luckily, they are being used by bodyworkers.

It is only recently that the prolonged sitting has been brought to the public attention by a number of researchers. The book of Vernikos is important as she adds her unique perspective on the importance of challenging the gravity for our health. “These are all movements, almost below-threshold kind of movements, that do not burn up a lot of calories, as we know them, but that are designed to work against gravity”.

Why the little frequent non-exercise movements are paramount comes as a consequence of the role of the connective tissue. I’ve been long fascinated by what knowledgeable bodyworkers can achieve in a short time. They use structural alignment and initiation of right processes in the body so that the body can self-align itself.

Let me cite one of the books by Oschman that explains the importance of the connective tissue:

“Connective tissue structure is a record or memory of the forces imposed on the organism. This historical record has two components. The genetic part recapitulates the story of how our ancestors successfully adapted to the gravitational field of the earth. The acquired component is a record of the choices, habits, and traumas we have experienced during our individual lifetime. The collagen fibers orient in a way that can best support future stresses, assuming the organism continues the same patterns of movement or disuse.”

This all means that any injury, habitual or prolonged patterns (such as sitting) will be recorded into the connective tissue. In response, misaligned body leads to disturbance in patterns of neural activity, blood and lymph flow and muscular contraction. In a long term it will result in groups of immobilized and flaccid muscles that reduce nutrition and oxygenation of cells and tissues. The body becomes tense and then various health issues and diseases may arise.

It is the overall tension release and frequent non-exercise movements that contribute to our health, as any change in habits, even slight, will alter the connective tissue architecture.

Except of the importance of understanding the role of connective tissue, a physiology of inactivity comes to the surface. When you sit for long hours, your body does things that are bad for you.

For instance, consider LPL, lipoprotein lipase, which is a “fat-storing enzyme”.  It is produced by many tissues, including muscles, and it plays a key role in how body processes fat. LPL is significantly reduced during sitting (or inactivity), and increases with activity. It attaches to triglycerides from the blood and transports them to the muscles. It splits them into fatty acids, which are stored in fat cells.

Low levels of LPL are associated with a number of health problems, including heart disease. So, when you sit, your metabolism slows down (leg muscles don’t produce LPL). According to Vernikos, a very effective activity for the LPL surge is standing up from sitting.

Even though the studies are not very extensive yet, the data are clear. Too much sitting leads to increased risks of various diseases and premature death.

Chair is basically an enemy of your health.

“Experimentally reducing normal spontaneous standing and ambulatory time had a much greater effect on LPL regulation than adding vigorous exercise training on top of the normal level of nonexercise activity. Those studies also found that inactivity initiated unique cellular processes that were qualitatively different from the exercise responses. In summary, […] the average nonexercising person may become even more metabolically unfit in the coming years if they sit too much, thereby limiting the normally high volume of intermittent nonexercise physical activity in everyday life.”

“Type 2 diabetes, cardiovascular diseases, colon cancer, breast cancer, dementia and depression constitute a cluster of diseases, which defines ‘a diseasome of physical inactivity’. Both physical inactivity and abdominal adiposity, reflecting accumulation of visceral fat mass, are associated with the occurrence of the diseases within the diseasome.[…] Physical inactivity appears to be an independent and strong risk factor for accumulation of visceral fat, which again is a source of systemic inflammation. Chronic inflammation is involved in the pathogenesis of insulin resistance, atherosclerosis, neurodegeneration and tumour growth.[…]

The finding that muscles produce and release myokines provides a conceptual basis to understand the mechanisms whereby exercise influences metabolism and exerts anti-inflammatory effects. According to our theory, contracting skeletal muscles release myokines, which work in a hormone-like fashion, exerting specific endocrine effects on visceral fat. Other myokines work locally within the muscle via paracrine mechanisms, exerting their effects on signalling pathways involved in fat oxidation.”

Even if you run every day or regularly work-out, it doesn’t matter much to your health if you spend most of the day sitting, be it your car, your office chair or your couch. You are at an increased risk of obesity, diabetes, heart disease, a variety of cancers and an early death.

Uninterrupted sitting kills you. Slowly. Very slowly. Before you notice.

You can change your lifestyle by incorporating a few simple steps that will improve your odds (of a good health) drastically: