The letter for the king or your life story 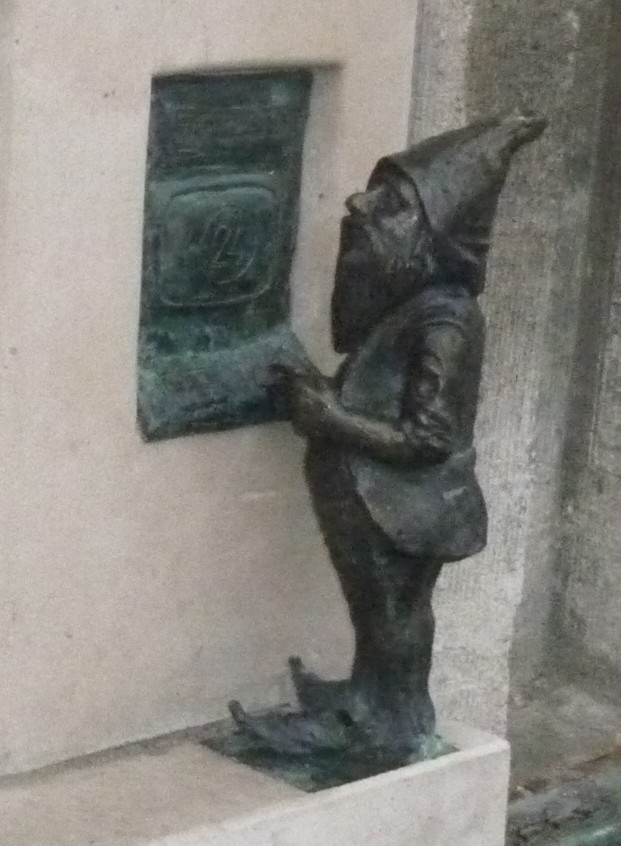 It is a deep night, long time ago. Five young men are keeping vigil in a chapel. There are on their knees, lost in darkness with some shadows cast by a pale flame. They are not allowed to talk, neither to react to any noise from outside. They must not open the door.

This is their last challenge before the important event that awaits them. Tomorrow they are to be knighted! It is such a longing of these young souls. It is the greatest honor to be a knight in the empire of the King Dragonaut.

Tiuri is especially excited. He is the youngest among them, with perhaps the biggest hopes. His father, Tiuri the Brave, is going to become proud of him. Greatly.

In the penetrating silence, a knock at the door. A voice from out of the darkness: “Open up in God’s name!”

Tiruri hears the voice, but others in the chapel seem to be unaffected. “Are they also hearing the same noise?”, he wonders. Or, is this his imagination, oversensitive in these circumstances?

Tiuri wants to neglect the noise. It is the safest thing to do. Just to pretend he doesn’t hear anything. In the end, it may be a servant of the king to check upon the young men.

Tiuri is not allowed to open the door. “But what if it is an emergency, someone in need, being pursued and seeking a place to hide?” Tiuri is hesitative.

But it doesn’t take long. Turi makes a fast decision. He opens up the door….

For sure, the life of Tiuri is not going to be the same now. He broke the rule, so even if there is a real emergency he cannot become a knight tomorrow. And it is a true shame.

Even worse, if nobody is out there, but the voice in his imagination, he will still break the rule. There is no way he can lie about it as knighthood and honesty go hand in hand together. His decision creates a conflict.

How would he explain to his father and his king that he failed the final test? Perhaps it is the biggest failure in his life. But perhaps it is not.

What if it leads to adventures and transformation that only few can aspire? His decision is a turning point. And there is a story of development he can now tell to himself….

You tell yourself a story of your life

You also tell yourself a story of your life. It can be an encouraging story or a disempowering one. Everything depends on your interpretation. The same event can be interpreted differently depending on the context or circumstances. Even a simple event such as rain.

There is what happens, an event in your life, and there is what you tell yourself about it. And these two things can be totally different.

What you tell yourself usually focusses on a few aspects of the event intertwined with some emotions. And this is all taken from a particular point of view. It strongly depends on your interpretation which, in turn, depends on your perception, mood at that time, overall well-being and many other factors.

Your story is about the meaning you attach to the event or its characteristics.

If you doubt that, you can easily check how facts trigger a story to emerge. Just ask two different people taking part in the same event to tell you what happened. Even views on a movie watched together by the same people may differ greatly. The more complex or emotional the event, the bigger variety of interpretation.

And there is one thing even more appealing.

You believe in a story of your life

You believe in a story of your life as if it is the only and ultimate truth. But, in fact, what you tell yourself is an interpretation, a point of view from a particular angle. There exist many other interpretations depending on your criteria, point of focus or a time scale. Your life story is just a way to look at the events. You can have another look.

There are things that happened in your life that have been very touchy or emotional. And it colored your life. There were habits of your parents, teachers and authorities who influenced you deeply. There were circles of peers that shaped you accordingly. There were rebels who inspired you to explore beyond the rules.

There were songs, stories, books, games or movies, which helped you built your identity.

What has been impressed on you as a child has often been carried with you for years in adulthood, sometimes a lifetime. And these early experiences and conditioning, often through the means of simplification (omitting facts and some details) and generalization made you believe in the story about yourself you developed at that time. It is a story of the past.

Your story can change

Yes, there is a story of your life. But there are many other stories at the same time. You are the one who attaches meaning to the events and chooses which ones to emphasize and how.

The way we tell ourselves a story is in fact not in the telling. It is more in a mixture of our imagination, hearing or feeling, depending on our preferred processing and learning styles. We mostly see the events, hear the accompanying words or feel the related emotions. And these events become like glimpses of a story we have built for ourselves.

For example, you may tell yourself a story about being a looser or incapable of learning. And this story is being reinforced by the memories you hold about your father’s harsh criticism or your mother’s reprimands. And you remember the tone of the voice with the bitter words “You’ll never learn anything” after you have broken their favorite tool / blender / cooker / washing machine, etc, remove the plants instead of the weeds in the garden, or spoiled a meal. And this made you feel like a child, indeed incapable of doing anything well.

Your story of being a looser lives on such events. And instead of perceiving this particular story as an example among many others, you take it as the only story and the only interpretation of who you are.

It is the time now to re-evaluate the story of your life, who you are and how you are with respect to people, money, skills or achievements. Recognize that a story is just a way of looking at your past, perhaps even a childhood. This story is not an ultimate description of you. You are a conscious being ever developing and growing. Anything about the past is only a static glimpse. You are much more than that.

The challenge is to perceive yourself as a Process, capable of making choices, being who you are and becoming a better conscious Self.

How to change your story into a process? I believe that another influential story can help us to do it.

Strong stories move us, both emotionally and to action, shape us and inspire us for growth. These are the stories of the past but they are based on universal struggles and confrontations. We can recognize these universal patterns and relate them to our lives. In addition, stories carry seeds of values that can be transferred and implemented in our lives, as well.

The letter for the king

This time I want to encourage you to follow the story of Tiuri, who will be given a task of delivering a very important letter to the king. This children’s book, “The letter for the king” (De brief voor de konig, or Der brief für den Köning) is written by the Dutch author Tonke Dragt, and is is truly captivating. It was voted as the best youth book in the second half of the XX century. It really means something!

The English version is currently hard to find, unless you search Ebay or second hands books such as AbeBooks. I expect a new edition soon, so stay alert.

With the opening of the chapel’s door, Tiuri begins a secret and dangerous mission. He has to deliver a letter of the utterest importance to the king of Unauwen, from the neighboring empire. This is a story of dark forests and high mountains, filled with secrets and spies, treason, friendship and love. All attributes of a great story!

And the story is captivating, indeed. The plot is developing fast. There is little analysis of emotion, but yet, at the same time you feel the tension of the turning points and the moments the choices have to be made.

It is a book where the characters face dilemma, are forced to make choices and follow the consequences, and constantly seek who they are and what they are up to.

It is a book which shows you that friendship is not a candy-sweet, but lives on discussions, disagreements and bonding.

It is a book which shows you that good and evil are not necessarily what they seem to be and that events can be interpreted differently from a different context.

It is a book which tells you that transformation and development is the only path in life. That is, an interesting life 🙂

Overall, what is so permanent on all levels in this book, it is the issue of trust. Many times, at the moment of conflicts, Tiuri shows trust or is being trusted. Sometimes it leads to dangers, but overall it shapes Tiuri to become a man. And this is one of the multiple messages of this book: trust is necessary for a conscious development.

Tiuri develops as a conscious person and his adventures can be metaphorically related to our lives, where trust and honesty are ones of the most important principles to live by.

Read the book. And if there are insufficient reasons for you to read this book, consider the issue of trust as being the important one!

Stories and metaphors touch us more than facts, arguments and any type of reasoning. Read “The letter for the king”. If not, choose another inspiring book for youth. There is no substitution for becoming who you desire to be.

There is a sequel to this book, “Secrets of the Wild Forest” (“Geheimen van het Wilde Woud“).